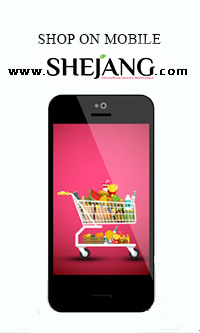 Free shipping for purchases over ₩40,000.

To make it, gurr or jaggery, is first mixed with glucose and then melted.

Desi ghee is added into the mix and is cooked on low heat for a few hours.

It is then left to cool.

Sesame seeds are baked separately and are used to coat the now-cooled gur and ghee mix.

The sweet made its way to Chakwal some 64 years ago, when the late Fazal Elahi, a sweet vendor, began making rewri in 1951.

After his grandson, Zaffar Iqbal, was born in 1959, Mr Elahi named his rewri ‘Zaffar Rewri’, which quickly became a household name in the district.

The late Haji Mohammad ‘Pehlwan’ Nazeer soon caught on to the trend and began to sell his own ‘Pehlwan Rewri’ with his brother-in-law, Haji Gulsher.

The company says, “The secret to our product’s fame is the desi ghee; it has been made with desi ghee since the beginning, some four decades ago.”

Please take into consideration that we only accept qualifying returns but not exchanges. Refunds are issued once the returned products clear our inspection.

1) An item is eligible for cancellation if:
-you posted a Return request within 24 hours of payment and your order is still under “Pending” status (if your order is under “Preparing Shipment” status, please contact our customer service center) or
-the order is delayed for more than 10 days since payment and you have not received any notification regarding the delay; or
-the ordered item is out of stock.

-you receive a product different from your order; or

-you receive a defective product.

(1) Post a return request on our Return forum within three days of receipt. You are required to attach the photos of the received product(s) and include the item code, the order number, and the reason for the return.

(2) A customer service representative will be in contact to assist you by email or phone.

(3) Items returned must be in their original condition, which includes tags and any packaging. Also, you need to include a note of your order number, name, and user ID.

*Please be advised that returns are accepted ONLY IF you followed the instructions above and your return request has been approved by our staff. Returns that are shipped to us without any prior consent are not accepted.

*Please note that EVEN the defective/incorrect item(s) must be returned with all of the tags and labels intact. The item(s) must be sent in their original packaging and unworn.

*Please include all contents of the original package and free gifts (if applicable) in your return packaging.

* Shipping fee for any return caused by our fault will be paid by the company. However, if EMS’ cash on delivery is not possible then you can scan the return receipt and either mail it with the item to return or post an image of it on the forum. The shipping fee will be refunded once the returned item has arrived.

-you are returning the items just because you changed your mind (on size, color, etc.)
-you are returning shoes, bags, or any other accessories
-the products are damaged due to your mishandling
-your return request is not approved by our staff

The following items are not considered defective:

4) If there is a missing item from your order:

*Contact our customer service center by phone or by forum (if you cannot reach us by phone) within 1 day of delivery.
*Please keep all contents of the original package including packaging material (boxes, plastic bags etc.) with you until you are instructed otherwise.

Please note that we may not be able to process the refund for your missing item if you lose or damage any packaging material.